Suicide is the second leading cause of death for adolescents aged 15-19, accounting for more than 2,000 deaths in 2019 alone. Despite rapidly increasing suicide rates, the prevailing sentiment among 93% of Americans is that many of these suicides can be prevented. What role can public health practitioners play in decelerating the disquieting upsurge of adolescent suicides? Read on for practical strategies for addressing suicide in adolescents at all levels of society. 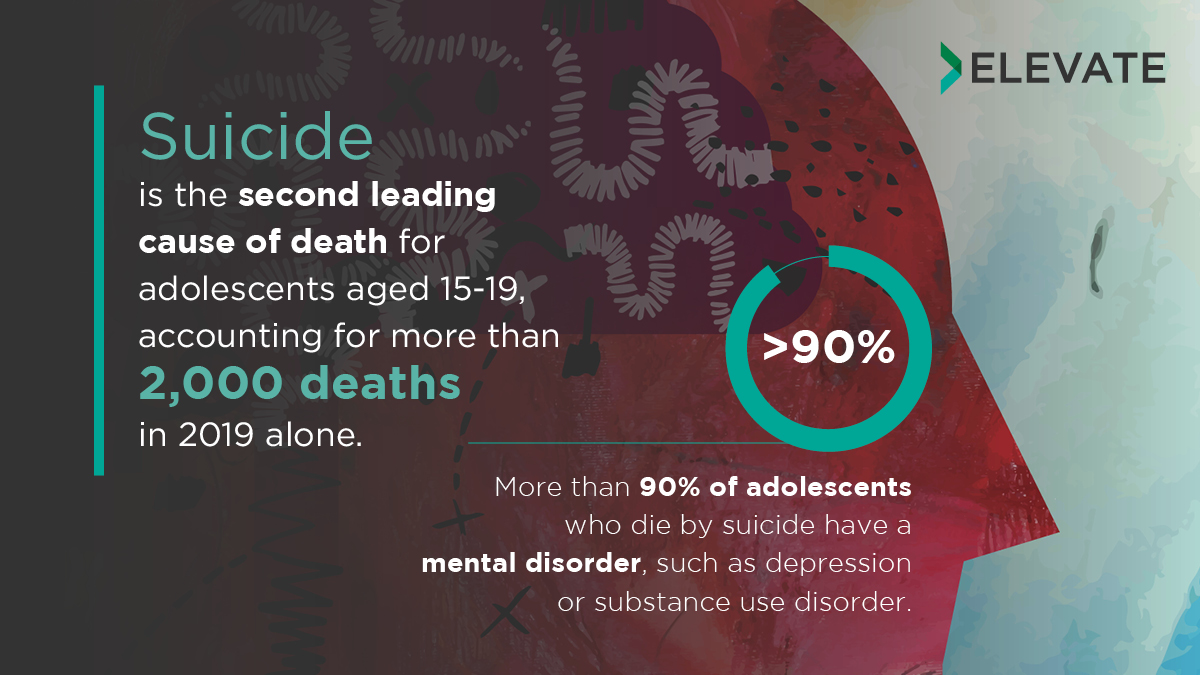 More than 90% of adolescents who die by suicide have a mental disorder, such as depression or substance use disorder. Normalizing talking about mental health illness is the first step in improving access to care. Adolescents need to understand they’re not alone in struggling with mental health issues. Informing adolescents about the mental health resources available offers them the opportunity to talk about what they’re struggling with and get the help they need. There’s more than one way to get help when you or an adolescent you care about is struggling. Providing multiple options also increases the likelihood that children will find the support that works best for them.

Public health practitioners often work with larger groups of people to address suicide rates. These adults are responsible for discerning the unique needs of organizations, communities, schools, and neighborhoods. Without identifying these differences practitioners can not effectively implement programs and services that will benefit each group. Part of that begins with ensuring quality crisis intervention training is provided to all school staff members.

Educators are in a position that affords them direct contact with adolescents. This allows them to play a crucial role in the early stages of identifying and preventing suicide. It is important for school staff members to have quality crisis intervention training. Research shows trained staff are more adept at reducing feelings of depression, suicidal ideation, and anxiety than their untrained counterparts.

Words matter, which is why drafting effective awareness messages about mental health and suicide are so important. Different communities might require unique approaches due to cultural differences, which is why listening is an essential part of suicide prevention. Wording that emphasizes helpful resources and treatments for mental health issues promotes feelings of hope and support. It’s important for adolescents to understand mental health struggles are normal, but romanticized depictions of suicide or depression can be more harmful than helpful. Adults have a responsibility to keep the lines of communication open and help reduce the idealization of suicide.

Health care workers can play a role in identifying and dismantling systemic issues that contribute to high suicide rates. This can be accomplished by advocating for policy changes or with new legislation. One way to do that is by working to increase the implementation of Child-Access Prevention or CAP laws.

Nearly 40% of adolescent suicides involve a firearm, and most of these deaths involve a handgun. Researchers found in many cases of adolescent suicide by firearm, the gun was not stored safely.CAP laws target the dangerous storage of guns by criminalizing adults who allow children to have inappropriate access to guns. Only some states have adopted these laws, making complete implementation an aim for advocates.

Sometimes it takes working behind the scenes to create large-scale changes that have implications for individuals and groups impacted by suicide. A good place to start is by educating the public on the danger of sensationalizing suicide.

One month after the release of 13 Reasons Why, a popular series depicting the life of a teenager and her suicide, suicide rates increased nearly 30% in adolescents. Nobody wants to contribute to increasing suicide rates for kids, especially media companies. That’s why meeting media companies where they are and working together to prioritize the mental health of adolescents is so important. Television plays a role in influencing society and that can have both good and bad effects. Mental health struggles can be normalized without romanticizing the worst outcomes. Limiting graphic depictions of suicide or self-harm, warning labels on content, and providing resources for individuals struggling are all ways media and public health can work together to reduce adolescent suicide.