The Food and Drug Administration is considering a ban on menthol cigarettes. This comes after decades of tobacco companies using advertising to target communities of color—especially African Americans. Although it is unclear when the ban will take effect, tobacco control and public health professionals agree it would be a big step toward improving public health.

The legislation that gave the FDA broad authority to ban flavored tobacco had one key exception. Menthol was never included, and it has been an ongoing fight in the public health community.

“There is no health or safety justification for that exception whatsoever. That was 100 percent a political concession,” says Phil Wilbur, program manager for tobacco control with the National Network of Public Health Institutes.

The FDA has not banned menthol tobacco products yet; the agency has only announced an intention to ban them with no timetable or clear process for making it happen. Tobacco companies have been marketing menthol products to communities of color for decades, resulting in tobacco-related diseases being the number one cause of preventable death among Black Americans.

“This would be the logical remedy for the tobacco company targeting the Black community,” Wilbur said. “But I would not pat the FDA on the back just yet. This is a pretty obvious step to take, and it took them an awfully long time to take it.” 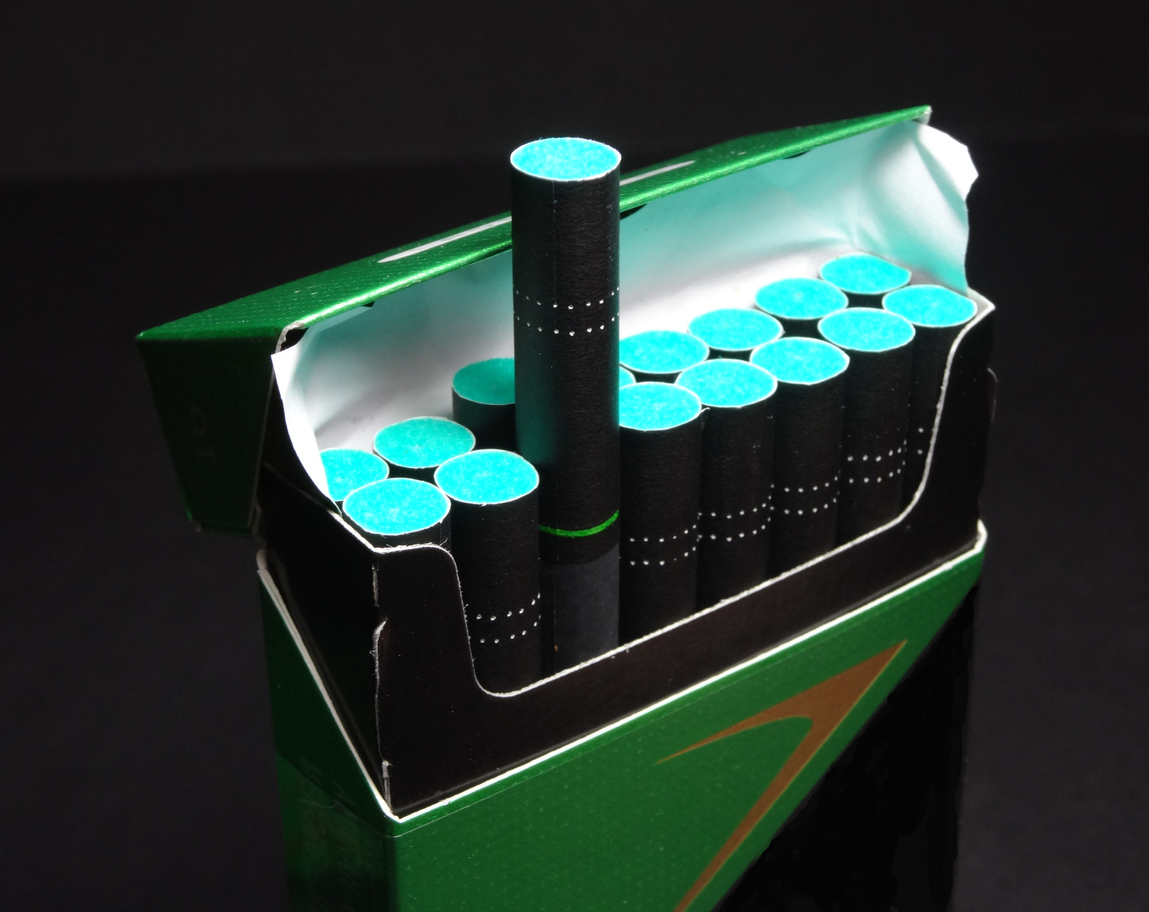 The menthol flavor reduces the harshness of smoking by partially numbing the throat. It’s easier to smoke and become addicted if the body isn’t responding to the pain of smoking. For at least the last 60 years, the tobacco industry has targeted Black communities specifically. They did this by offering free samples, targeted magazine ads, and making menthol cigarettes cheaper in communities of color.

Nowadays we don’t see as many billboards or televisions ads for tobacco products, but that doesn’t mean the level of promotion has been reduced. One of the biggest challenges for public health initiatives focused on eliminating tobacco use is financial resources. Both local and national health departments don’t have the kind of money the tobacco industry does.

Tobacco companies, like many industries, are using data to target people online and wherever they consume content. Without the billboards and magazine ads, it can seem like big tobacco has been defeated. In reality, tobacco kills more than 480,000 people every year. That’s more than AIDS, alcoholism, car accidents, drug overdose, suicides, and homicides combined. The addictiveness of nicotine is downplayed due to how ubiquitous smoking feels in some communities, especially poor African-American communities. From advertising plastered on the windows of convenience stores to ceiling-high walls of tobacco displays at checkout counters, tobacco companies have helped make cigarettes and other tobacco products seem like fixtures in the Black community that people use like any other product. But that’s far from the truth. .

“By most measures nicotine is as addictive as heroin,” Wilbur said. “On your own, you’re going to be as successful at quitting heroin as people are at nicotine.”

The difficulty of quitting a nicotine habit is why the public health community wants to see more cessation resources for smokers.

Resources need to be allocated to help those already addicted to tobacco products relieve themselves of that burden. There are medically assisted treatments for opiates that have gone far in helping people get their lives back. Kicking a nicotine addiction, however, is particularly challenging. More than 90 percent of people who use tobacco want to quit, but that desire doesn’t translate into the ability to stop using nicotine products.

Most people have to try upwards of five different types of cessation programs before they’re able to successfully quit using tobacco. The challenge of weaning off nicotine is exactly why the public health community wants to see menthol banned. The best way to reduce tobacco-related deaths and illnesses is to prevent people from getting addicted in the first place.

Vaping: The Next Big Fight For Public Health

The next challenge facing public health is how to address e-cigarettes and vaping. There has been much debate about the use of electronic nicotine delivery systems as tools to help some people wean themselves off other tobacco products. However, for many people, including thousands of youth, vaping is how they become addicted to nicotine. Public health has only recently “won” the battle on banning flavored tobacco, and now the field is forced to redefine those regulations to include flavored e-cigarettes that didn’t exist when that law went into effect.

Vaping and the menthol ban are some of the many topics that will be discussed at the next National Conference on Tobacco or Health. Tobacco control and public health professionals come together from across the country to learn from each other and work to reduce the pervasiveness of tobacco. The last event featured nearly 300 presentations, including researchers who focus specifically on the issue of tobacco usage in communities of color. It’s a chance to learn from other researchers and for the advocacy community to support their efforts.

“If you come to this conference, you’ll see that tobacco marketing targets many different populations,” Wilbur said. “Asian Americans, Pacific Islanders, Native Americans, the LGBTQ community have all been victims of various predatory marketing behavior from the tobacco industry.”

Wilbur said menthol and what to do about its impact on public health has been a topic of conversation at NCTOH for many years. When the FDA was first created as an agency in the early 1900s, tobacco was specifically excluded from its jurisdiction. It took nearly 100 years before nicotine and tobacco products began being regulated by the group.

The menthol ban has not gone into effect, but it would go a long way towards helping to repair the damage done to communities of color. The FDA has had the ability to act on this issue since 2009 but is only now working towards it. Wilbur says it’s been a long time coming. However, he admits, he’ll only really believe it when he sees it. Like his counterparts across the country working on tobacco control, Wilbur remains hopeful that this important change for public health is around the corner.