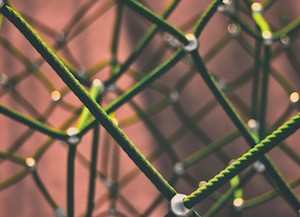 The County Health Rankings, a collaboration between the Robert Wood Johnson Foundation (RWJF) and the University of Wisconsin Population Health Institute (UWPHI), are an easy-to-use snapshot that compares counties within states on factors that affect health. Over the past seven years the Rankings, available at countyhealthrankings.org, have become an important tool for communities to pinpoint areas to focus on and improve the health of their residents.

In this year’s Rankings we see the dramatic differences between the health of rural and urban counties. Rural counties not only have higher rates of premature death, but nearly 1 in 5 rural counties saw rises in premature death rates over the past decade while most large urban, small metro, and suburban counties improved. Rural counties have higher rates of smoking, obesity, child poverty, and teen births, and higher numbers of uninsured adults than their urban counterparts. With smaller populations, fewer businesses, and lower tax bases, rural areas have challenges offering their residents as many opportunities, such as good jobs, health care, and quality education, as their urban counterparts.

The Rankings, these new measures, and the contrast in health between urban and rural counties can serve as calls to action to leaders in local communities. Not only does the County Health Rankings & Roadmaps program provide data, but we also offer tools and on-the-ground assistance to communities who want to improve health.

Community Coaches, seven of whom are NNPHI employees, work with local leaders to identify areas for progress, bring partners from different sectors together and enhance community capacity.

Recipients of the RWJF Culture of Health Prize provide inspirational and instructional stories for how to move health forward.

To learn more about coaching and web-based guidance to improve health, including What Works for Health, a database of more than 360 evidence-informed approaches that communities can explore, visit countyhealthrankings.org.