Infographic: Health Insurance in Kansas in 2015

This infographic depicts insurance coverage in Kansas for 2015, the second full year following the implementation of the Affordable Care Act (ACA). This is the latest-available data from the U.S. Census Bureau’s American Community Survey (2015) and the Centers for Medicare and Medicaid Services. The infographic also breaks down the uninsured population in Kansas, including eligibility for public insurance programs, such as Medicaid and CHIP, as well as potential eligibility for Medicaid if the state expanded its program. Detailed information about insurance coverage in 2015 will be presented in KHI’s Annual Insurance Update, which will be published in late spring, 2017. 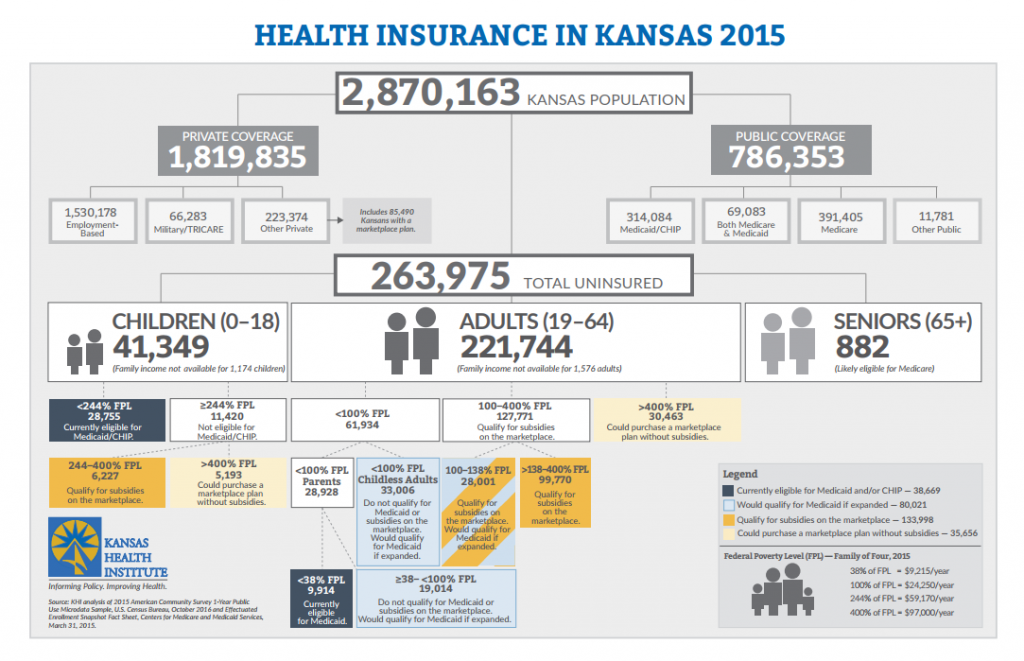 Get Adobe® Reader®
Back to Resource Directory