In our line of work, as in many fields, we very often have our own language. Anyone in the public health field can likely recount their first meeting, trying to keep up and make sense of the public health “alphabet soup.”

Were you able to pull together the PC900 APR for CDC before you have to leave for APHA?

Fortunately, over time the acronyms become a kind of shared second language among public health professionals. But what happens when the individuals and organizations working to improve health in the same community have multiple understandings and definitions of critical nomenclature? How do they communicate effectively to establish a common vision and shared goals?

This lack of common definitions and shared language can lead to confusion, misaligned work, and incomplete engagement of partners, which ultimately leads to less effective interventions. We all know it can be very hard—if not impossible—to move forward when we aren’t on the same page and speaking the same language. 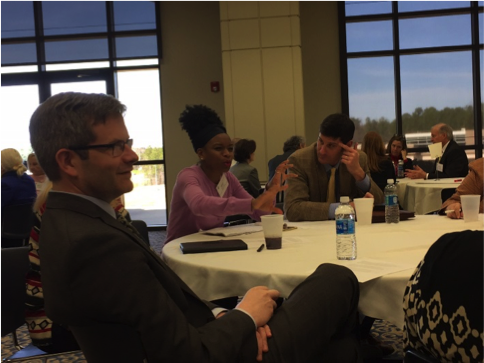 In 2013, the National Network of Public Health Institutes (NNPHI) embarked on a journey with the Robert Wood Johnson Foundation (RWJF) to address this language barrier and several other issues that impacted the ability of states to effectively improve health. The State Forums to Advance Health System Transformation (State Forums) project funded public health institutes (PHIs) to facilitate a series of state and regional meetings that advanced practical strategies for bridging public health and health care. One of the key deliverables of the project was for grantees to develop a consensus definition of population health. Over the five-year span of this project, NNPHI funded 16 member institutes to coordinate and conduct a series of state forums that built on the existing work of the public health institutes; supported the development of a shared definition of population health; provided opportunities for the design of mutual goals, strategies, and activities between public health and health care; and created a path for meaningful collaboration in the next steps of ACA implementation.

The focus on developing a shared definition of population health was intended to help the advisory group/stakeholders of the forum create a common language and support the vision for the outcomes of the state forum. The definition would serve as one piece of the puzzle of the conceptual framework for each grantee’s bridging strategy. A quick glance at the definitions that were developed reveals some recurring themes. Besides the obvious use of the word ‘health’, we also found that ‘outcome’ was a common term used as was ‘social’, ‘behavior’, ‘determinants’, and ‘community’. The two examples below provide a snapshot of similarities and differences between the definitions some of our grantee communities developed through their state forums.

“Population health is the distribution of health outcomes across a geographically-defined group, which result from the interaction between individual biology and behaviors; the social, familial, cultural, economic, and physical environments that support or hinder wellbeing; and the effectiveness of the public health and healthcare systems.”

“Population health considers the health outcomes of an entire population, focusing on the vulnerable, to reduce health disparities. Population health addresses the social determinants of health, which are social, economic, environmental and behavioral factors (such as: lack of access to fresh fruits and vegetables, unemployment and violence) and are interdependent with medical care.” 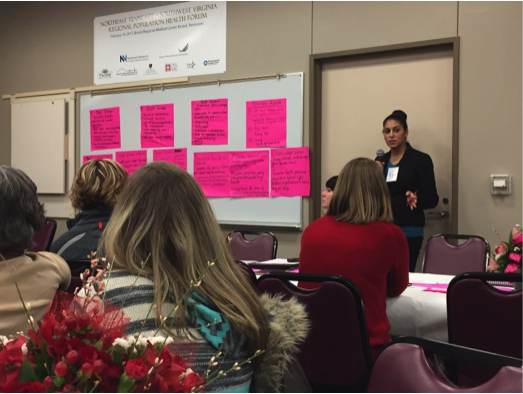 NNPHI collected evaluation data from the grantees through regular grantee reporting and informant interviews conducted in 2017 and 2018. Through these sources, we were able to learn more about the rewards and challenges associated with building consensus around a shared definition of population health between public health and health care.

Grantees experienced both logistical and conceptual challenges in implementing this work. Time was cited as the most common challenge; one grantee described the process of completing seven focus groups in six weeks due to a change in project focus as a significant challenge. Another grantee discussed the complex and complicated nature of relationship building, which was difficult to successfully accomplish in a relatively short timeframe, especially considering the need to shift the way two groups communicate about common issues. Conceptually, grantees reported difficulty moving beyond the definitions grounded in their specific context or project scope in a way that would resonate with stakeholders across public health sectors.

One grantee reflected on the unforeseen challenges of taking on such an ambitious goal. “By striving for a definition of population health from an asset-based approach regarding what makes us healthy and well as opposed to simply without sickness, we underestimated the challenges of facilitating community discussions. What we learned is that the process of having the discussion is a transformative experience and is therefore as important as the definition we built through the process. Changing prevailing views of health will require significant time and resources.” 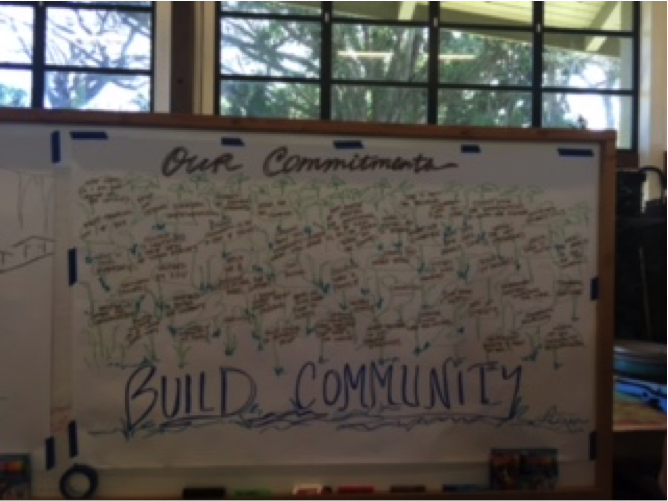 All hard works comes with challenges, and as we heard from grantees, coming to a consensus definition of population health is no exception. But with challenges also come successes. These forums and conversations convened stakeholders who otherwise may have never met – or at least not worked together so closely. The forums provided a space and opportunity to have difficult conversations about entrenched understandings and applications of population health. The process also allowed participants to recognize and develop plans to address the pervasive public health challenges in their community. To date, State Forums grantees have maintained these partnerships and even started new conversations to continue to drive this work forward.