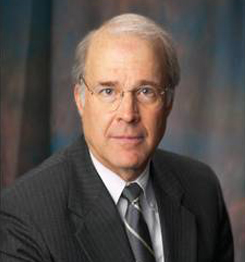 Mr. Freeman spearheaded the creation and development of Health Sciences South Carolina – an inclusive, collaborative, public-private partnership that brings together universities, health systems and other partners committed to the vision of using health science education and research to drive economic growth and improved health status throughout the state. He served as founding chair of the Health Sciences South Carolina board, which is currently comprised of the Greenville Hospital System, the Medical University of South Carolina, Palmetto Health, Spartanburg Regional Healthcare System, the University of South Carolina and Clemson University.

Mr. Freeman earned his bachelor’s degree in Economics from the College of William and Mary where he also minored in Sociology. He earned his master’s degree in Hospital Administration from Duke University. He began his career in health care administration as an officer in the US Navy’s Medical Service Corp and at the Greenville Hospital System. He subsequently served as executive vice president at The Fairfax Hospital Association, now known as INOVA, and later returned to South Carolina where he served as chief executive officer and president of Richland Memorial Hospital. In that capacity, he helped spearhead the merger in 1998 of Richland Memorial Hospital and Baptist Healthcare System, Inc. into what is now known as Palmetto Health.